DEFTA and Nexia: Full-speed ahead

What makes me want to continue my collaboration with Nexia network is having a single contact, real conductor, trustworthy, who allows me to have an overview of practices, beyond our borders. I know that everything is under control.» (Defta CFO)

An Aca Nexia Client since the mid-2000s, DEFTA is representative of a fruitful and emblematic collaboration for the Nexia network. DEFTA is the number one spare parts supplier for the automotive industry. Its technologies include stamping, cutting, assembling metal parts, molding, machining, wire work, and tube and surface treatments. 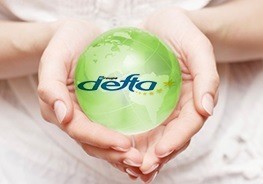 In 2005, Aca Nexia became the auditor of the SFA group. For the first time, the group exceeded the thresholds establishing consolidated financial statements as a result of an acquisition in Spain (Garcia Group) and a development of its business in Eastern Europe (joint venture in Romania). At that time, the SFA group realized a turnover of € 40 million. The Nexia network supported these operations by performing the due-diligence acquisition of the Garcia Group in Spain (Laes Nexia) and ensuring the legal audit of the joint venture in Romania (CGR Nexia).

In 2007, the SFA group approached Ardea, a company of similar size. The consolidated group took the name of DEFTA and reached a turnover of € 120 million. The group then expanded its presence in Eastern Europe to support its clients. Nexia accompanied and supported the audit of its subsidiaries in Poland (Pro Audit) and Slovakia (VGD).

In 2009, DEFTA was affected by the economic crisis, which had a strong impact on the automotive sector. Identified by its principals as a strategic supplier, it was then supported by the FMEA (Fund for Modernization of Manufacturers of the Automotive sector). In this difficult environment, DEFTA continued to grow and opened a joint venture in Russia. Again, the Nexia network accompanied and supported the legal audit of the accounts of this entity.

DEFTA has experienced a strong growth with a turnover of nearly € 180 million in 2014, and now has more than 1500 employees. DEFTA has been supported by Nexia in all its offices abroad: France, Spain, Romania, Slovakia, Poland and Russia. For its future, DEFTA has plans for growth in Asia, starting with South Korea, and will continue to count on the support of Nexia.