Aca Nexia supports Pagès Group, benchmark manufacturer of machines and robots for the plastic industry, in the acquisition of Process Industrie, by carrying out financial due diligence 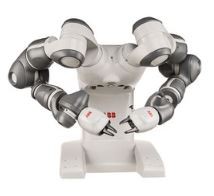 After taking over its Dutch competitor Polymac in October 2018, Pagès Group, a leading manufacturer of machines and robots for the plastics industry, acquired Process Industrie.
Based in Saint-Lupicin in the Jura, Process Industrie specializes in the integration of robots and the manufacture of special machines. Its tailor-made, state-of-the-art equipment offering is highly complementary to the solutions offered by Pagès Group, which already include robotic systems. Employing about fifteen people, the company generates around € 3 million in revenue.
Positioned in a very dynamic niche market, Pagès Group has experienced sustained growth over the past three years as illustrated by the increase in its turnover from € 16 million to nearly € 35 million. Its know-how and its ability to innovate are two major assets, allowing it to attract new customers in the food industry (historical sector) but also in the medical and cosmetics. The Group sells its solutions worldwide, particularly in Europe and North America. With a subsidiary in the Netherlands and two sales offices in the US and China, the Group generates nearly 80% of its turnover abroad.
Pagès Group has a very solid know-how in automation and engineering thanks to its high-performance design office, made up of nearly 30 engineers to meet the specific needs of customers and guarantee its technological progress. With solid technological expertise, the group has accelerated its transformation by integrating digital into its organization (lean manufacturing, implementation of collaborative tools, …) and its offer (connected machines, predictive maintenance, …). Pagès Group is proactive in its approach to Industry 4.0”“ through the digitalisation of its offer, and innovates permanently in order to consolidate its leading position and also attract talent. “”“